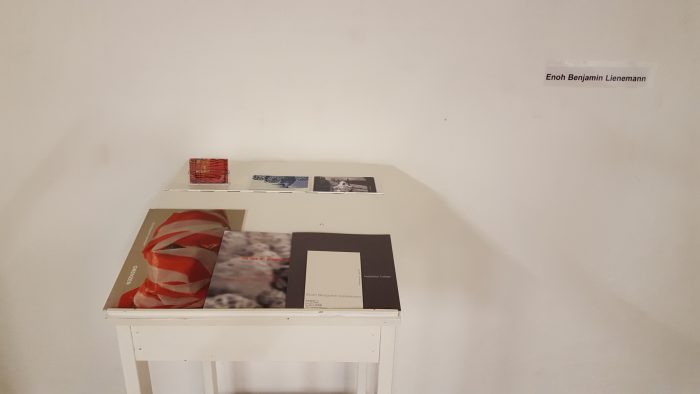 Enoh Benjamin Lienemann is a visual artist and film maker. She was born in London, UK, from German and Nigerian parents. Enoh Lienemann is based in North Rhine-Westphalia, Germany. Her video work is shown worldwide. As GUGGENHEIM MUSEUM NYC, HONG – GAH Museum, Taiwan, ZKM Zentrum für Kunst und Medien Karlsruhe, Germany, LAART SHOW, Los Angeles  and GFZK Galerie für Zeitgenössische Kunst, Leipzig, Germany. Her work covers different aspects of visual art, which extends from photography, collage on paper, conceptual art and video / video performance. In the center of her work she addresses the question: How does political and social oppression influence the human nature? And: Is it possible for the single person to escape from destructive circumstances.

She studied at the “Hochschule für Kunst und Gesellschaft” in Bonn/Alfter, Germany  and attended several workshops at the “Künstlersiedlung Michaelshag”/ Symposium Weißenseifen, an artist colony in which  Joseph Beuys was a regular guest in former times.

Since 2004 she continually does researches in the field of refugees, migration and immigration. She was the founder and leader of an African woman refugee group and was engaged in the artistic educational work of children with a migration background as well.

Teacher for art and social projects in different schools

Founder and leader of an international woman refugee group.